In 1953, Marie was in jr. college and had to ride the bus everyday. One day, she was walking home from the bus with her friend and walked by this house and a very rude guy in his teens was yelling at the paper boy for getting his paper wet. She told her friend “I would hate to meet him.” Then, on Friday night, Marie and her brother got the gang together to go riding in his car. They picked up the gang and guess who was with one of the guys? It was that rude guy. They introduced themselves and his name was Don Kerby.  She thought he was really cute and as the night went on they got to be friends.

Don started coming to the bus stop and walking her home. After almost a year he asked her to marry him and she said yes. He asked her father who told him when she turned 17 yrs old, they could get married. So 4 days after Marie turned 17, they were married. And she still loves that rude cute guy with all her heart! 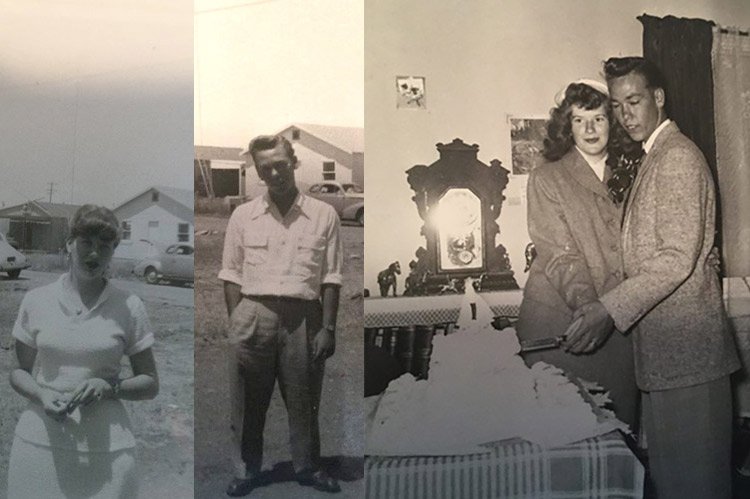 Grandma and Grandpa were married on August 28, 1954, 4 days after she turned 17.  Little did they know that their marriage would be the start of a beautiful history with lots of family and many generations of children!  There were many long nights, afternoons filled with a house full of kids and their neighborhood friends, handmade and patched clothing, laughter and love. They have sacrificed lots to give to so many and their love has touched the hearts of all they have encountered. 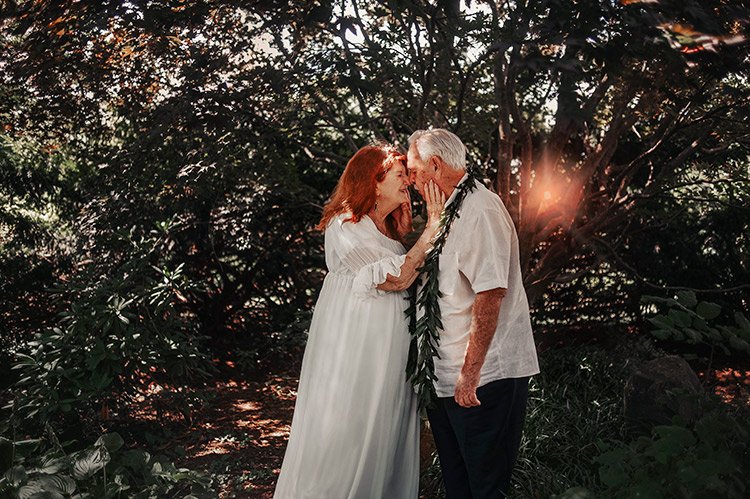 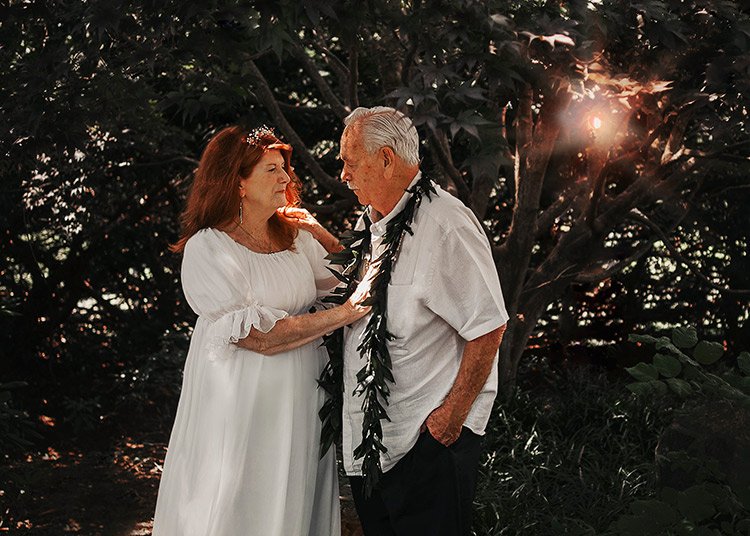 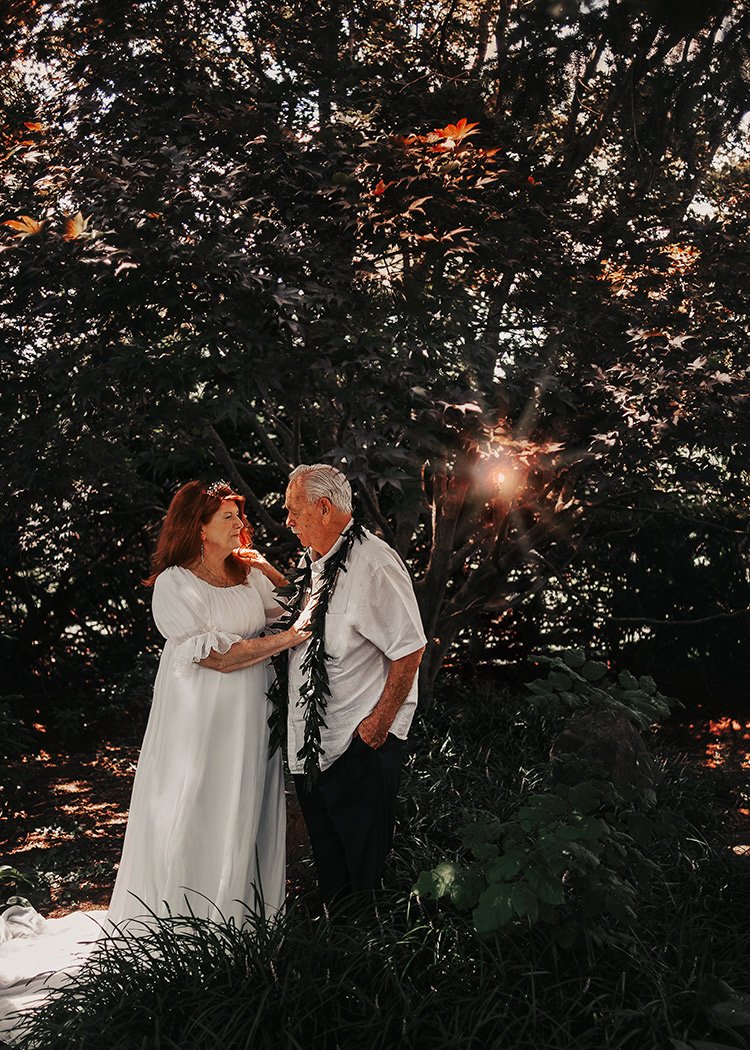 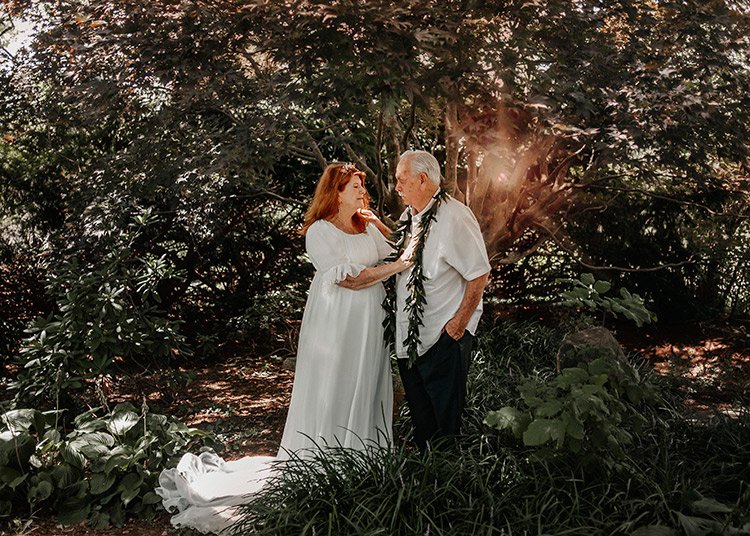 Several months ago, they asked me to do a session for their anniversary and their only request was that it be a Hawaiian theme as the island holds a big part of their hearts! In fact, for their 30th anniversary, they celebrated with a backyard Luau, complete with traditional Hawaiian fare and hula dancers, lacking only in fire throwers.  For their anniversary photoshoot, I purchased an amazing gown and headpiece from Sew Trendy Accessories and searched for the best traditional lei I could find from Aloha Island Leis. Our location was selected to give the best tropical vibe available in Lovettsville, VA.  And after our session, we celebrated with a little cake cutting with a simple replica of their wedding cake (whipped cream frosting on a yellow cake), topped with my own cake topper from my wedding!

Tips for a long healthy marriage from grandma and grandpa:
1. Never go to bed mad
2. Always give each other a kiss before bedtime
3. Say I love you every day
4. Make sure you tell your wife she’s right all the time

They might just be on to something here because these two are celebrating 65 years of marriage to their best friend! 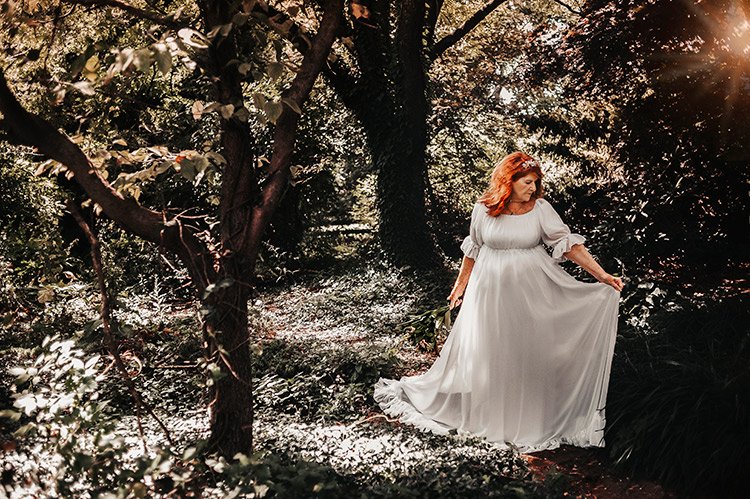 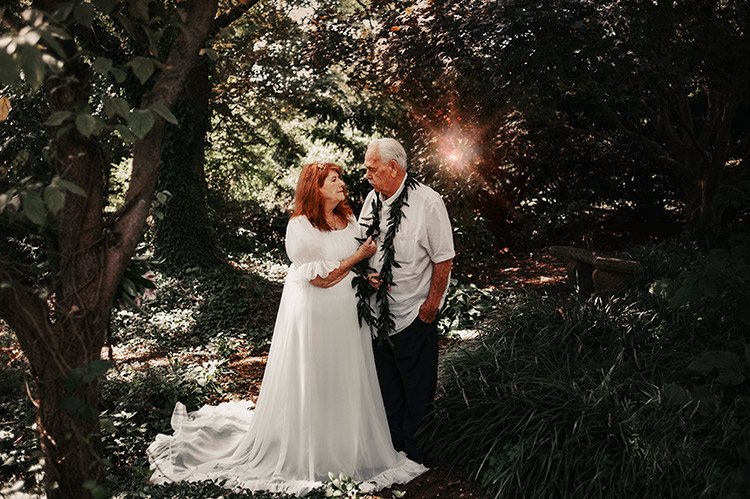 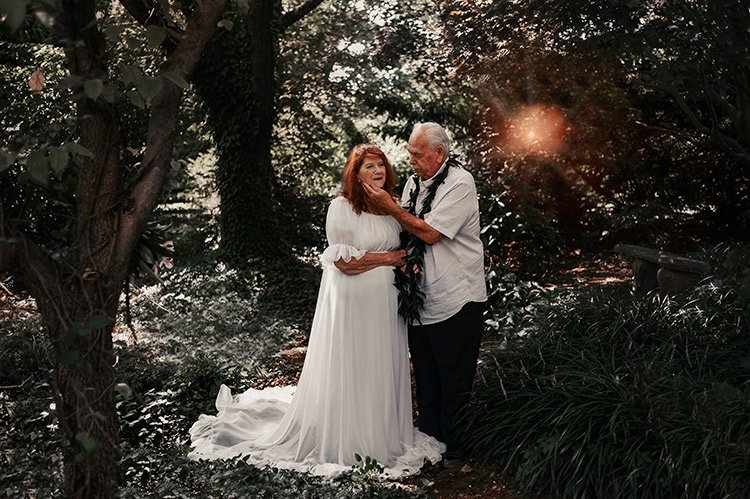 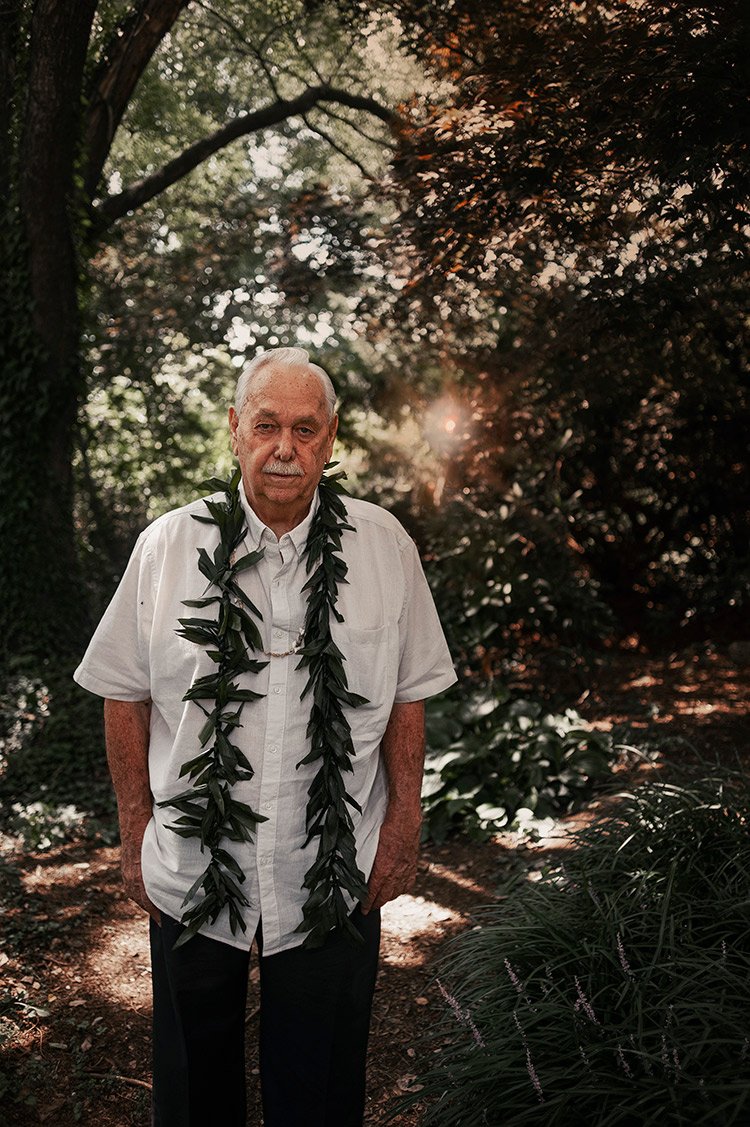 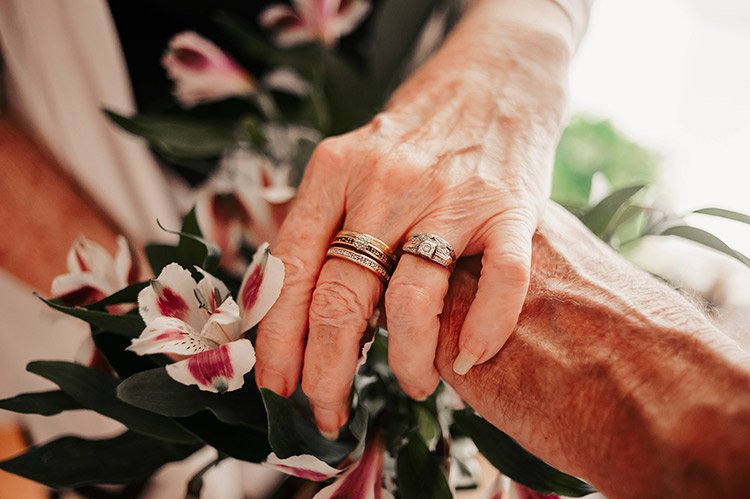 Enjoy a behind the scenes look at our wedding anniversary photo shoot! 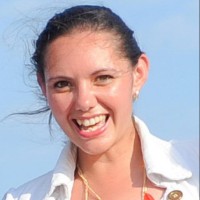 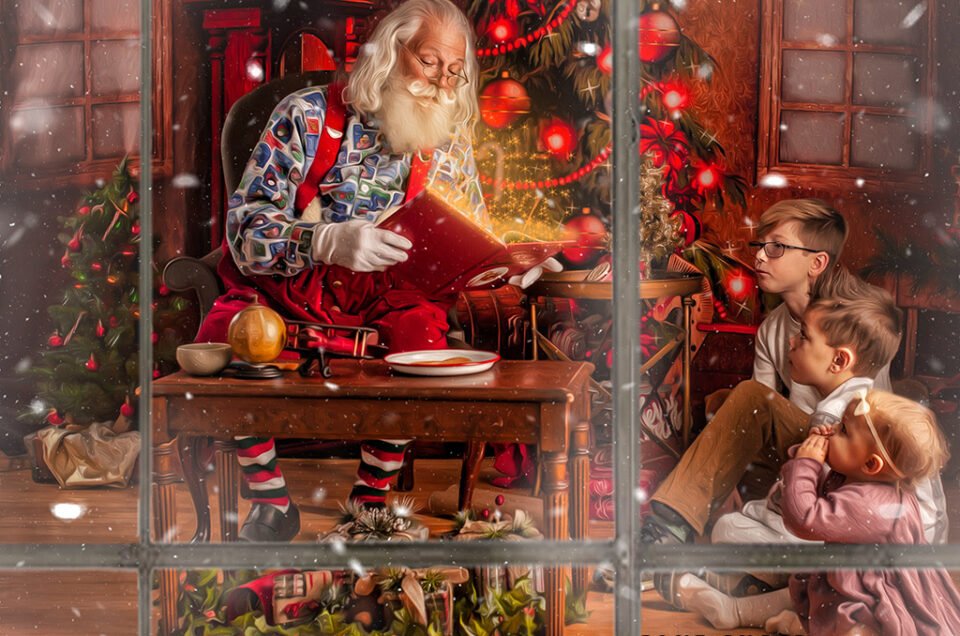 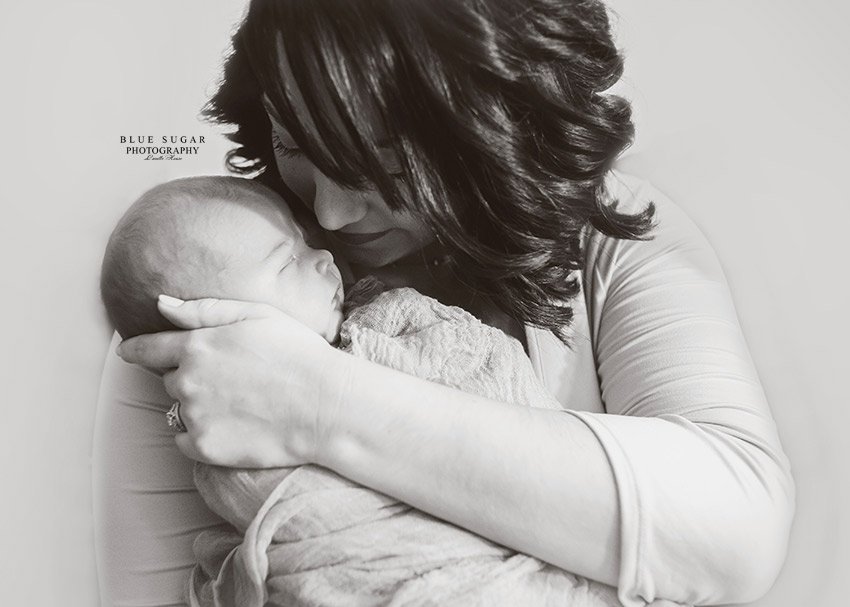 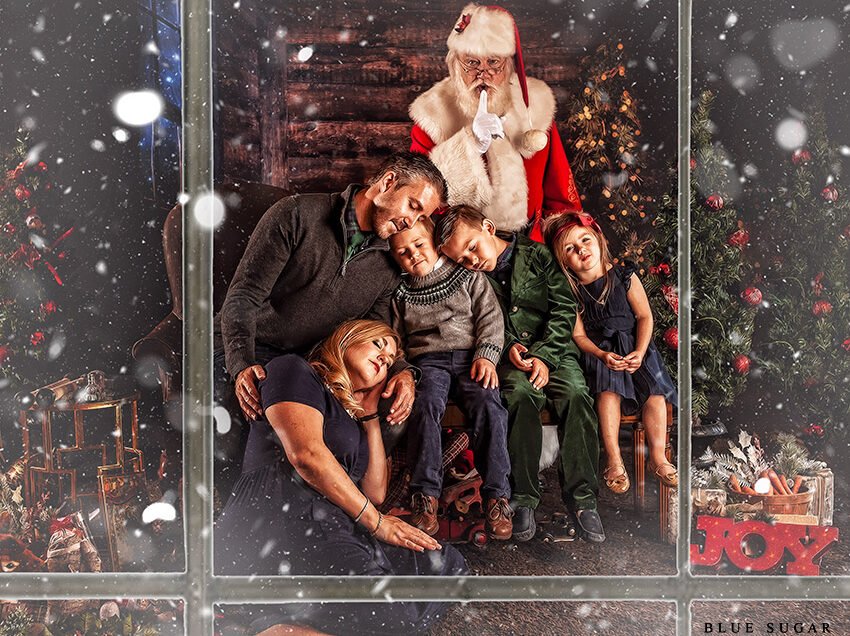